The history of Huize Molenaar

On June 1st, 1892 Jacob Molenaar settles in the Hamburgerstraat in Utrecht and establishes Huize Molenaar. In the year 1900, the opportunity to purchase the stately manor house at Korte Nieuwstraat 6 arises. The handsome, partially 18th-century interior is an ideal place for dining, receptions, and celebrations. The kitchen is moved to the new location.

Throughout the years Jacob Molenaar builds a warm relationship with the city government of Utrecht and its university. A menu from the farewell-dinner for mayor Fockema Andreae in 1933 was preserved. In honor of the same mayor an exhibition is organized at the house in 1939, named “Menus and other tasty memories of the mayoral career of Dr. J.P. Fockema Andreae”. 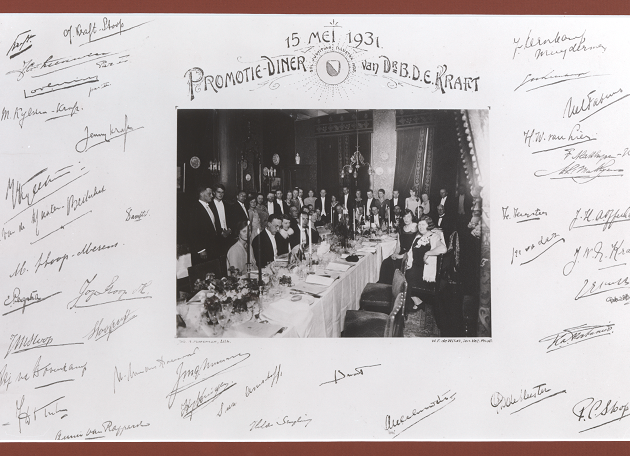 Until well into the ‘50s, all promotion dinners and receptions are celebrated at Huize Molenaar without exception. In the early years the dinners are only meant for men. When the ladies also get the opportunity to raise a glass to the doctoral candidate, they are received separately in one of the current “Scheltema rooms” on the second floor. A little later the whole company can take place together at the dining table. But a distinction is still made: the ladies do receive the cover of the thesis, but inside is a romance novel! 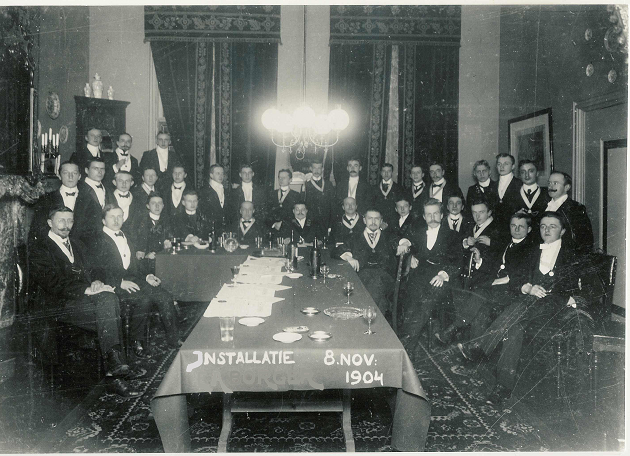 Because of the report with the university, Huize Molenaar is also a clearly loved location for student parties. Even back then these parties could get a little out of hand. In the ‘20s, Jacob Molenaar gets so worked up about this, that he returns the student union’s coat of arms, which hangs over the door during festivities, without a second thought. His message seems clear: he no longer appreciates the students’ patronage. All of this causes such a riot that even the mayor has to be involved. 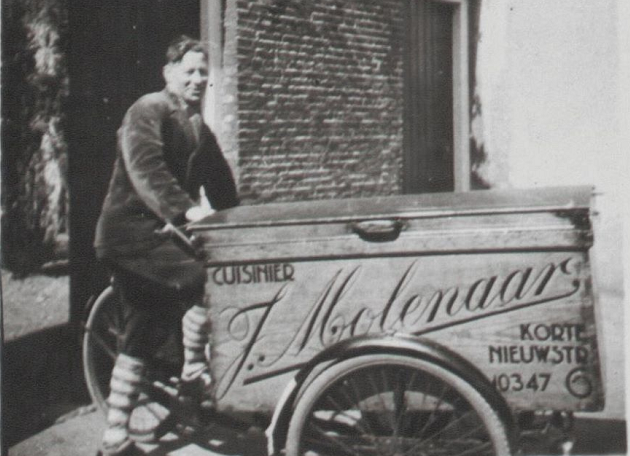 From the very start in 1892, Jacob Molenaar delivers daily “dinners at home” – a tradition that was continued for more than 100 years. Several women from the neighborhood deliver the meals on foot. Later, a handcart is used. The food is kept in little pans stacked on top of each other in a container, with a lump of glowing-hot coal at the bottom. Only after the arrival of a delivery car, the clientele is expanded to outside of the canals. 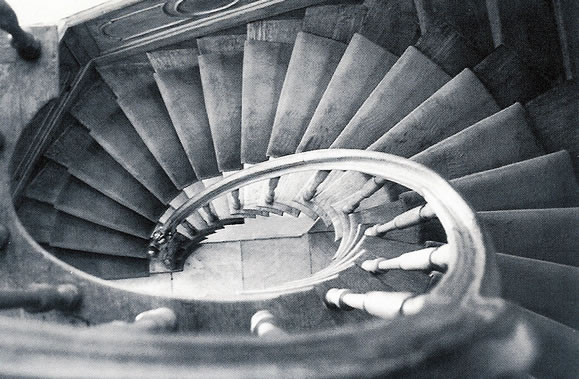 During the Second World War – son and daughter Molenaar have taken over the business at this point – Huize Molenaar functions as a soup kitchen to the outside world, while the attic is being used to hide people. After her brother passes away, Miss Molenaar takes charge in 1947 in her characteristic manner. 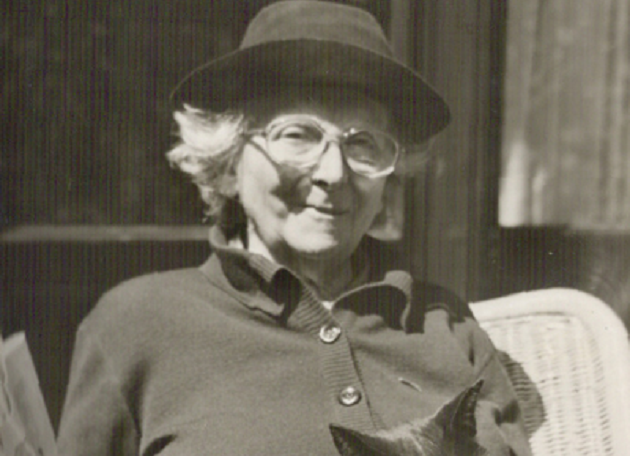 After a period of decline, Miss Molenaar is forced to close the business in 1973. A buyer proves to be hard to find. When a suitable candidate has not yet been found after a year, husband and wife Schinkel-Scheltema – who rent the top floor of the house – decide to buy the property and continue the business. This to the great satisfaction of Miss Molenaar. During the following years, the property is restored meticulously. The beautiful interior is kept, and the cozy atmosphere is restored. 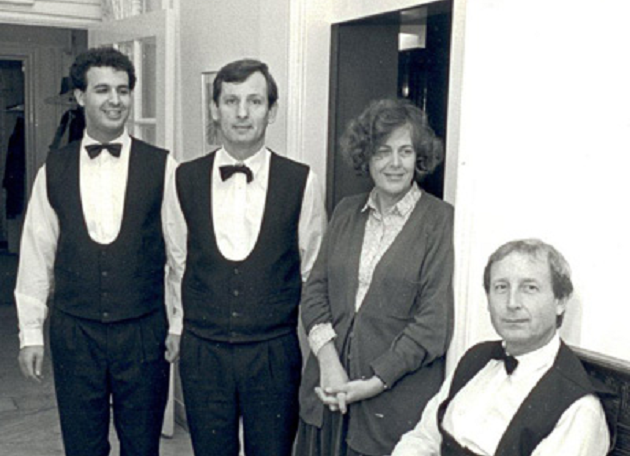 In 2004 Mrs. Scheltema hand over the business to her son. In the following years, the business operations are expanded further. The attics are converted to modern meeting rooms: the Paulus rooms, named after Anton Paulus, employed by Huize Molenaar since the early ‘80s. 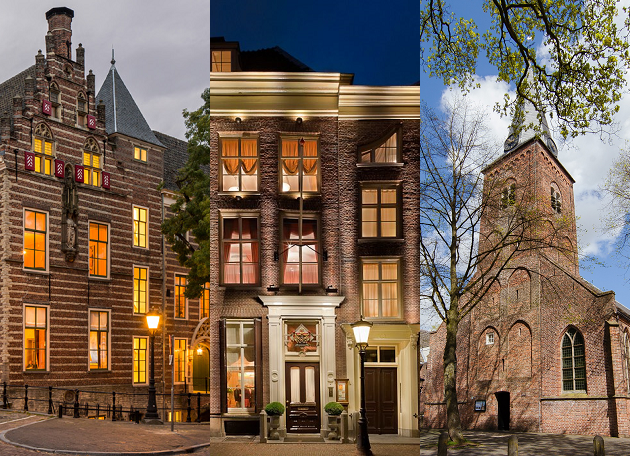 In 2008 the kitchen is expanded and modernized, which offers the opportunity to arrange dinners for smaller companies as well. The number of requests for gatherings takes such a flight that a second location is needed. In early 2012, Huize Molenaar takes over operations of Paushuize. A third location, the Geertekerk, follows in 2016. 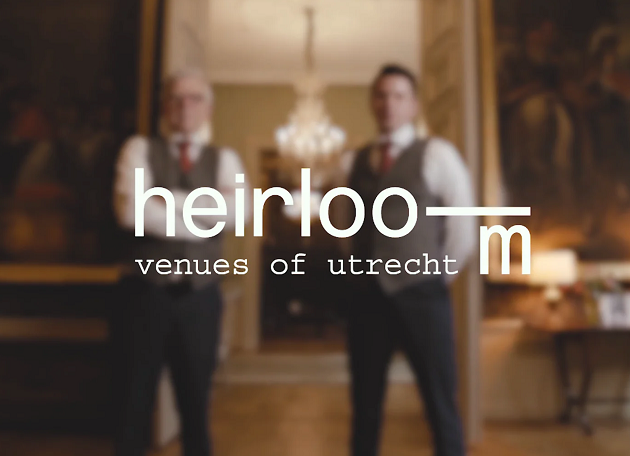 In 2019 the platform Heirloom – Venues of Utrecht is launched, at the initiative of Huize Molenaar. The goal of this platform is to open the most beautiful locations of Utrecht and to restore them, when possible, to a perfectly renovated state with amazing catering, in the most sustainable way possible.

The history of the Korte Nieuwstraat 6

In 1707 the Pauluskerk was largely torn down. Now the terrain of a few houses on the east side of the Korte Nieuwstraat – among which that of number six – could be extended to the back.

The house now came under the ownership of Mr. Weijer Jan van Overmeer, attorney at law and notary at the Court of Utrecht. He wanted to adapt the old house to his standing and replaced the old house with the new one in the course of the 18th century.

His daughter Catharina Magdalena inherited the house in 1765, after the death of her father. When she survived her four daughters, her husband, and eventually also her son in 1807, she sold the rented-out house. The buyer was Gotlieb Friedrich Hitzeman. The box bed in the girls’ room, a tub in the basement, and a chicken coop in the yard were not included in the sale, because they were the property of the renter, the baron van Heeckeren van Brandsenburg. In 1827 the widow Ernestina Hitzeman-Reiter came to an agreement with the Domains: she also got ownership of the back exit to the Hofpoort. 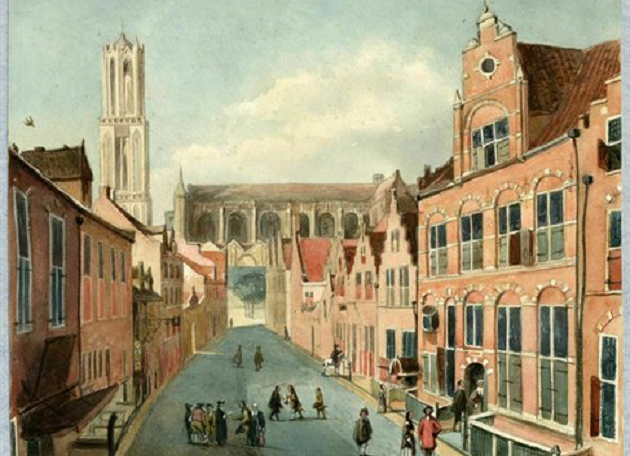 She sold the house to Jan de Kruiff that same year. After his death, his sons Jan and Jacob, a bookseller and a janitor at the Hogeschool, inherited the building. They remained at the Korte Nieuwstraat. Their heirs put the house up for auction in 1900. 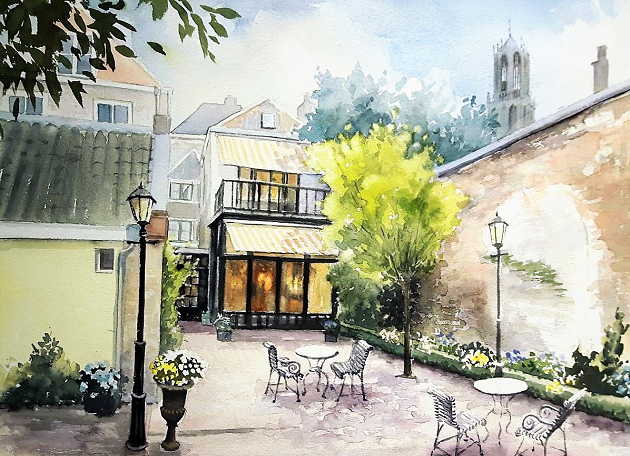 Then, Jacob Molenaar could buy it for 12.800 florins. In 1937 the plot garden with structures at the Hofpoort was purchased. And finally, the complex got its current size in 1948 by buying the adjoining house on the Korte Nieuwstraat 8, where the new kitchen was installed.