Zoeken
Home The history of Paushuize

Adrian of Utrecht had the largest private residence of the city built here, on the remains of the former monastery complex. At that moment, he resided in Spain as ambassador to Charles of Habsburg, but he longed to return to his hometown of Utrecht. Unfortunately, he never got to live in the house where he wanted to spend his old age. On January 9th, 1522, the cardinals of the Sistine chapel chose him as the new sovereign of the Catholic Church. Pope Adrian VI died twenty months later in Rome and is buried there as well. A remarkable career for a simple citizen who grew up at the Oudegracht in Utrecht, as the son of a ship carpenter.

Adrian became a famous theologist in Leuven, Belgium, educator of emperor Charles V, stadtholder of Spain, and finally pope of Rome. He was a friend of Erasmus and collided with Luther. After his death, the citizens of Utrecht worshiped him for a short time as a saint and named his residence on the Kromme Nieuwegracht “Paushuize”; Pope House. 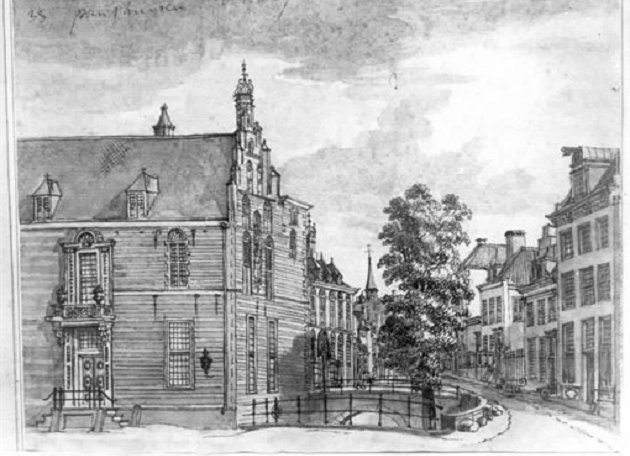 Since then, it has been a coming and going of national and foreign dignitaries. In 1584, Paushuize became the official residence of the stadtholder of Utrecht, Joost de Soete. The next owner was Reynhart van Aeswijn, co-signer of the Union of Utrecht and a fanatic Calvinist.

In 1633, Daniël d’Ablaing assigned construction of the gatehouse and the bridge over the Kromme Nieuwegracht. In the disaster year of 1672, the French occupiers settled in Paushuize; during the convention that heralded the Peace of Utrecht in 1712, the envoy of the Austrian emperor, Count von Sinzendorf, occupied the building. 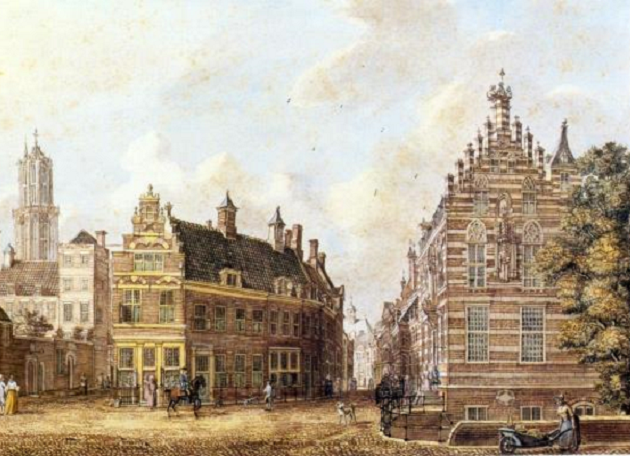 A year later, Paushuize was bought by Hester Ranst, widow of the wealthy Amsterdam “sheriff” Jacob Jacobsz. Hinlopen. She expanded the complex with the passage on the garden side and moved the main entrance to the street Achter St. Pieter. Her daughter Sara sold this ‘Grand Paushuize’ to Jan Floris count of Nassau La Lecq, who was bailiff of Utrecht for more than twenty-five years. The young Belle van Zuylen was a regular there, as was her admirer, the Scottish author James Boswell.

Hotel of the queen of Holland

In 1798, Paushuize was publicly auctioned off to the chef and pie baker Willem Gravelaar, who established the “Lodging House Grand Paushuizen” there, one of the best hotels in the city. In 1807, queen Hortense, wife of King Louis Napoleon, spent one night there on her way from Mainz to The Hague.

She allowed the widow Gravelaar to name the lodging house “Hotel of the Queen of Holland” from then on. A short time later, the new owner, Louis Napoleon, stayed there for almost four weeks while awaiting his new palace on the Wittevrouwenstraat to be finished, which is now the University Library. 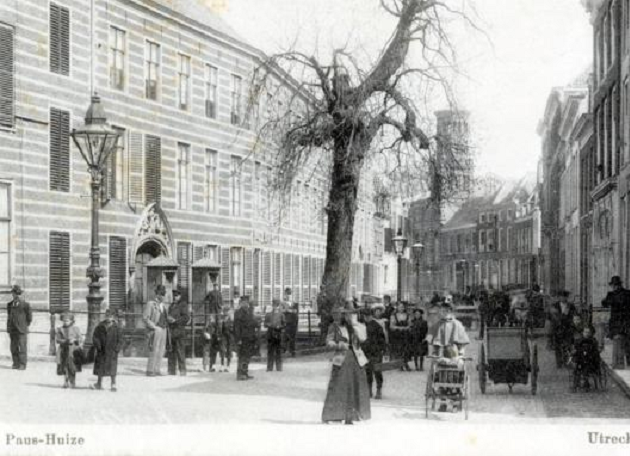 From 1815 to 1957 the State was the owner of the building; in that period four governors and eleven Queen’s/King’s commissioners lived there. Since 1957, Paushuize is owned by the province of Utrecht. The King’s commissioner does not reside here, but it is the official residence and serves as a meeting place for gatherings and receptions of representatives. 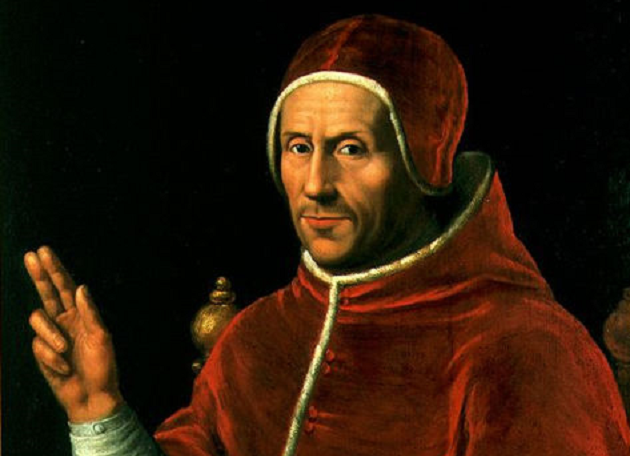 The historical importance of the monument was emphasized when Pope John Paul II was a guest there during his visit to the Netherlands in 1985, as a tribute to his early predecessor Adrian. 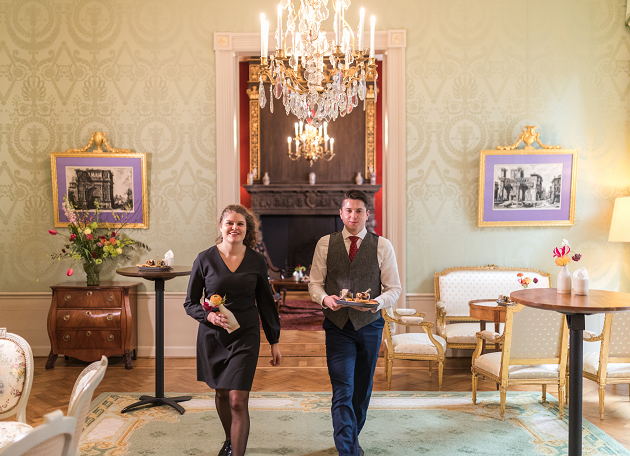 In the period 2010-2011, Paushuize was renovated in a sustainable fashion by the province of Utrecht. Since 2012, the operations are taken care of by Heirloom, and it is a much-loved location for business events as well as weddings.