Zoeken
Home The history of the Geertekerk

The history of the Geertekerk

The first mention of the Geertekerk can be found in a document from the 13th century. At that time, before the canal was dug, the church was across from where it is now. It is assumed that it was there when the city wall arose, which cut through the village of which this first Geertekerk was the god house. The city wall was completed around 1150.

The oldest known mention of the Geertekerk is found in an undated document that describes that a certain Lodewijk, dean of the cathedral in Utrecht, gifts four parish churches to the chapter of the cathedral. The date of this piece must be 1204 or 1217, since only during these two years is there a cathedral dean in Utrecht named Lodewijk. 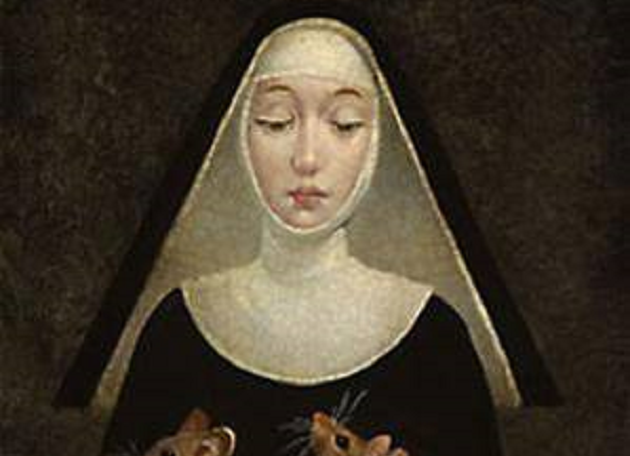 The presumed location is at the other side of the canal, approximately in the middle of the plot where the apartment complex “Der Enghlen Schilt”, the former Academic Hospital, is situated. There must have been a small village, of which the Geertekerk was the god house. In two donation letters from 1231 and 1247 respectively, and in the deed of purchase from 1248, the church is still spoken of as being outside the walls.

On December 12, 1259, bishop Hendrik van Vianden transfers the old graveyard “St.Gertrude-outside-the-walls” to the German Order “after the former parish church there was deconstructed and transferred and reconstructed at a more suitable place within the walls of the city by a new graveyard.”

So in that year, the Geertekerk is inside of the city walls, at its current place. Since the deconstruction and reconstruction must have taken several years, one can assume that the present building dates from the period 1255-1259.

During that period, the church consisted of a simple Romanesque hall where the current church nave is now. The church was moved, possibly because of tensions during that time between Holland and the Foundation (which besieged the city multiple times), to within the walls (so demolished and reconstructed), using the stones and ornaments of the original building.

In the 14th century, the Romanesque hall was expanded with, consecutively, a tower, and, in gothic style, the choir, the transept, and the side aisles. In the next century, the church got her current form.

Over the years, the church has had several annexes, which have probably almost all disappeared again.

Around 1400, a dwelling was built on the south side of the choir, in which Agnes van Zantwijk lived first, and many recluses followed. In approximately 1850 the structure was used as a fire hose storage, and it was torn down in 1943.

Where the current sexton dwelling is now, a small annex was built in the 16th century against the north side of the north tower, which was turned into one residence together with the chapel. With the last restoration, the chapel was restored to its original shape, and a new sexton house was built. Against the south side of the church, five residences were built in 1715, but they were removed only a few decades later, because the bad upkeep of these houses was damaging the building. There were also many graves and crypts in the church, which were all removed during the last restoration. Only against the outer wall of the north chapel, against the tower, is there still a mass grave from the 17th century in which the victims of the plague epidemic were buried. A beer cellar is mentioned under the tower, and possibly there was once a room under the sacristy. In the outer wall of the sacristy, there are traces of a cellar entrance or a cellar window. 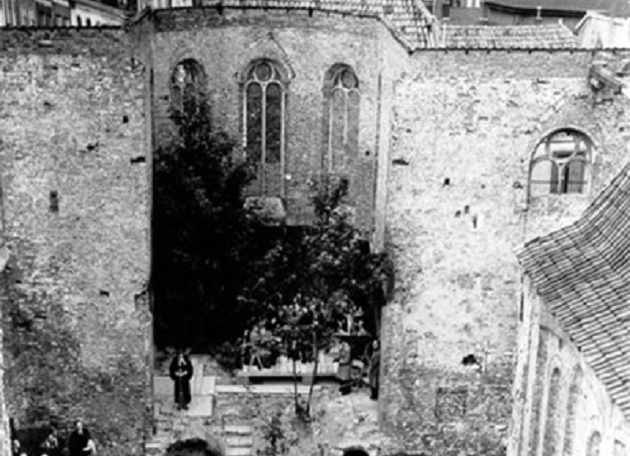 The history of the Geertekerk is eventful. It was the first building to be hit by iconoclasm (August 24, 1566). The damage was relatively limited, but in 1581 the statues and altars were hard-handedly removed from the church. Over the centuries, the building has been used several times as storage for army supplies. In 1855, it served as a shelter for the victims of the dike breach in Veenendaal. They stayed in our building for about 4-6 weeks. 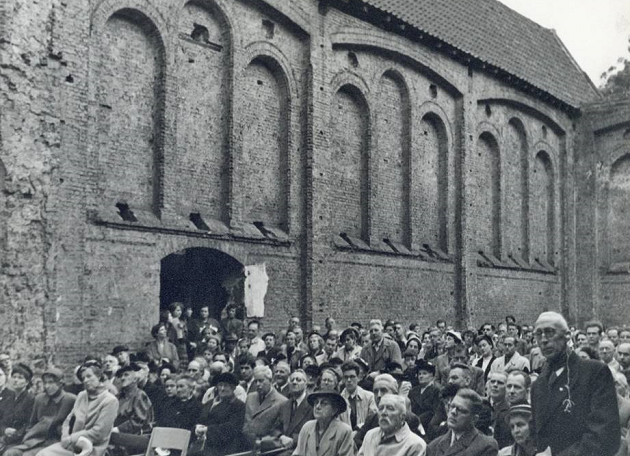 In the 19th century, there were plans to demolish the church. Around 1930 these plans looked to become a reality.
This didn’t happen because of the outbreak of the Second World War. Eventually, the Geertekerk was sold to the Remonstrants by the Reformed Municipality of Utrecht. As can be seen in the picture, the building was a ruin without a roof by then. By restoring it under supervision of the architects E.A.Canneman and D.Verheus, the Geertekerk was restored to its full glory. On the 1st of December 1956, it was once again in use as a church. Since then, the Geertekerk is the home base of the Remonstrant Community Utrecht. 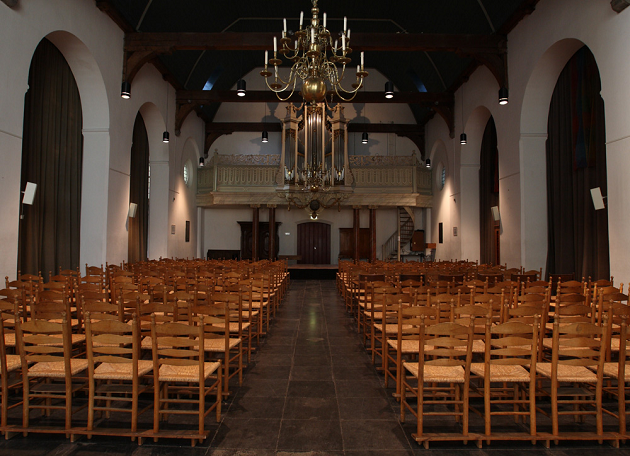 During the last restoration the inside of the church was slightly adapted to the wishes of the Remonstrant Community. A hall was separated from the church by building a new wall between the most western pillars of the center ship. Underfloor heating was added to the church, and the remaining tombstones were collected in the choir and side chapels. In 1980 a toilet for the disabled was added in the north chapel against the tower, and later, a level was added in the south chapel to create an office for the church administrators. All the inventory documents that were present in the church at that time were purchased or donated after the 1954 restoration. 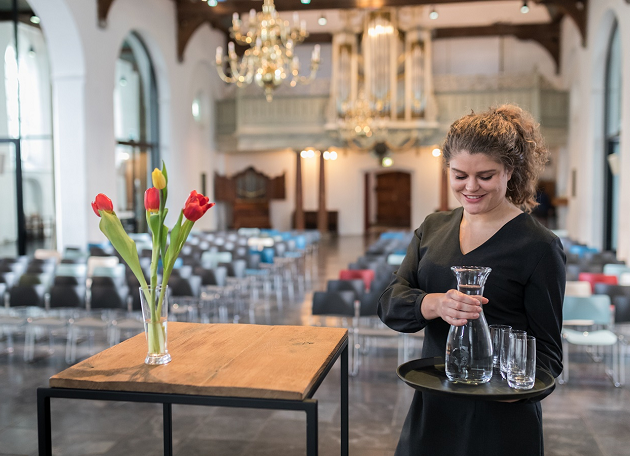 Since 2012, renting out and the operations of the Geertekerk are done by Heirloom. After an extensive renovation in 2015, the church now has two spacious foyers, perfect lighting and sound, and a professional kitchen, optimally furnished for big groups.